Chris Shepherd, James Beard Award-winning chef of Houston’s Underbelly Hospitality, is a champion of that city’s incredibly diverse immigrant cuisines. In his restaurant, he calls out the names of the cooks–Vietnamese, Korean, Indian, and others—who have inspired him, and in his book, he teaches you how to work with those flavors and cultures with respect and creativity. Houston’s culinary reputation as a steakhouse town was put to rest by Chris Shepherd, the Robb Report’s Best Chef of the Year. A cook with insatiable curiosity, he’s trained not just in fine-dining restaurants but in Houston’s Korean grocery stores, Vietnamese noodle shops, Indian kitchens, and Chinese mom-and-pops. His food, incorporating elements of all these cuisines, tells the story of the city, and country, in which he lives. An advocate, not an appropriator, he asks his diners to go and visit the restaurants that have inspired him, and in this book he brings us along to meet, learn from, and cook with the people who have taught him. 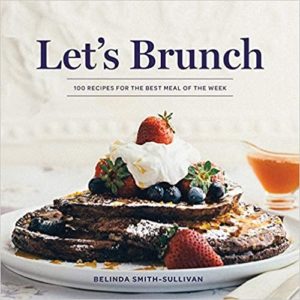 Let’s Brunch: 100 Recipes for the Best Meal of the Week Cooking & Dining with Heart and Soul by Paula Herman Smith